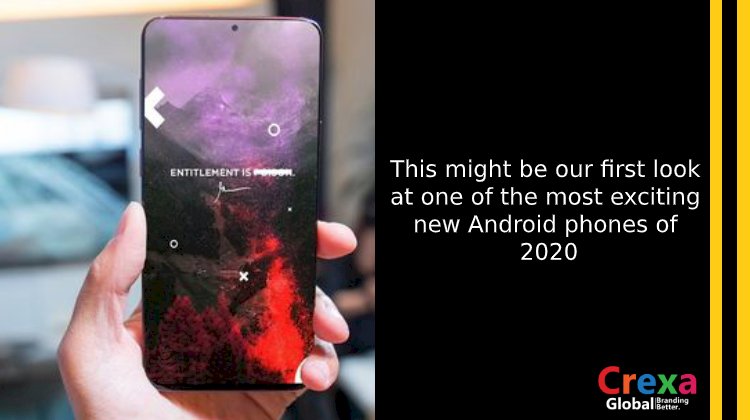 The Galaxy S20 is the talk of the town right now, as the Android flagship has appeared in a bunch of revealing leaks over the past few days. We know everything there is to know about Samsung’s new Galaxy S20 series, from design and specs to camera features. By the time Samsung unveils the phone next month, we’ll probably have a pretty good idea of what the Galaxy S20 handsets will cost when they launch in March. However, the S20 isn’t the only Android flagship series coming soon, as Samsung’s biggest rival will unveil its own flagship phones around the time the S20 hits stores. Unlike the S20, the Huawei P40 Pro hasn’t appeared in that many leaks, although we did see renders of the upcoming handset. And now we have a new report that gives us our first look at a different member of the P40 series.

Huawei a few weeks ago confirmed that the P40 Pro will be unveiled in Paris, France, at some point in March. The phone will feature a unique design, Huawei said at a time, which is a bold claim to make considering that most phones look about the same nowadays. In a leak that followed, we learned the P40 Pro might have a so-called “quad curve” screen. That means all four edges of the handset will be curved, rather than just two sides like Samsung’s phones. In this case, the front camera can’t be placed inside a tiny notch. Instead, the phone must have a hole-punch screen like we saw on several popular Android phones last year.

The same source that shared those renders, 91mobiles, is now back with the image below that shows the design of the P40.

The P40 should pack the same specs as the P40 Pro phone, although it won’t have a camera system that’s quite as powerful as the Pro. That’s what Huawei did with previous P-series models, and what Samsung is doing with the S20 series.  The S20 Ultra is going to be the direct competitor of the P40 Pro, while the S20+ will rival the P40.

The image tells us the P40 will have a hole-punch display design with a dual-lens camera placed in the top-left corner. The screen is flat on all four sides unlike the Pro model, and we have no idea how large the bezels are. On the back, there’s a Leica-branded rectangular camera module that houses three lenses.

The phone features a single USB-C connector and two physical buttons. The antenna bands are also noticeable. We’re looking at seven antennas, apparently, and this might be an indication that the more affordable P40 phone might come with 5G support. The new cellular standard doesn’t only require a specialized modem to handle the faster data speeds, but also a new antenna system. Huawei’s P40 is expected to pack a brand new Kirin 990 chip that comes with 5G support, as the report notes.

As interesting as the hardware might be, the P40’s biggest problem will be the software. Huawei is still forced to use a version of Android 10 that lacks Google’s apps, and that could definitely prevent the phone from gaining any traction in western markets.