Honor V30 Pro Review: All The Pros And Cons Of The Huawei Mate 30 Pro — For Half The Price

Honor V30 Pro Review: All The Pros And Cons Of The Huawei Mate 30 Pro — For Half The Price 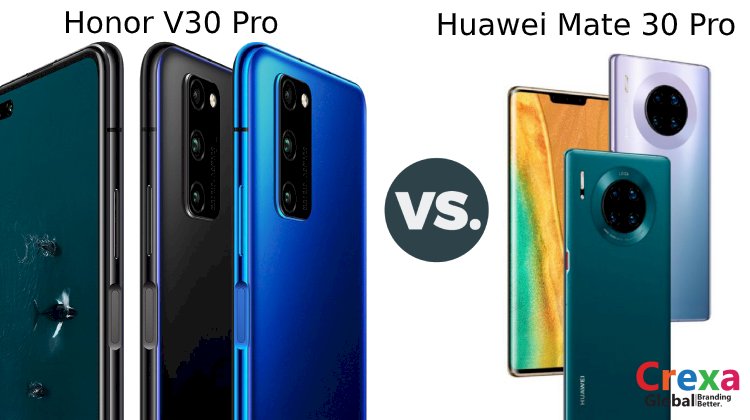 The Honor V30 Pro is a powerful, future-proof smartphone at a very attractive price. Under normal circumstances, this would easily be the best new handset at this price range, but these are not normal times for Honor, and parent company Huawei.

The three most important hardware components that make for a great smartphone hardware are, in my opinion, the display, processor, and camera. And on two of those three fronts, the Honor V30 Pro offers top-tier level components.

Let’s start with the processor: powering the V30 Pro is the Kirin 990 5G. This is Huawei’s best SoC (system on chip) right now, with benchmarks putting it ahead of the Snapdragon 855+. The Kirin 990 5G is a 7-nm chip with built-in dual mode 5G support. The latter means the chip can handle both the standalone access (SA) and non-standalone access (NSA) bands that make up 5G networks around the world. Other 5G ready phones, such as, say, the Vivo Nex 3 5G or Samsung Galaxy Note 10 5G, needs a secondary Qualcomm 5G modem to accompany the Snapdragon chip, and even then, they can only support NSA bands. The V30 Pro, essentially, has access to more 5G networks around the world.

The V30 Pro has a matte glass finish.

At this point in time, this is more a spec sheet flex than a real world benefit, as 5G networks are still in their infancy. In a year or two, however, having dual-mode 5G bands will matter. The V30 Pro is future-proof in that regard.

Next we move to the cameras: the V30 Pro has five total cameras, three on the back two on the front. They’re all capable, but the main camera is particularly noteworthy because for the first time in an Honor device, it uses the exact same RYYB sensor that’s in the current Huawei flagship. This is the same RYYB sensor that just ten months ago was garnering superlative headlines in tech media for its jaw-dropping low-light prowess, and now it’s available here on a mid-tier phone that costs under $600.

So in terms of its processor and main camera, the V30 Pro is offering the best Android has to offer right now. However, there are other areas that betray the V30 Pro’s mid-tier roots.

The 6.57-inch screen is an IPS LCD panel, and while it gets very bright with excellent viewing angles, it’s still inferior to an OLED in terms of color accuracy. Blacks are not as deep, reds don’t pop as much. Also, due to the LCD technology, the V30 Pro cannot use an in-display fingerprint sensor, instead resorting to a side-mounted physical scanner. The scanner works fine, but many new 2020 phones are embracing the in-display scanner (and there are reliable rumors that say iPhones will include one by 2021 too), so a side-mounted scanner feels somewhat outdated.

Elsewhere, the hardware is on par with what other phones offer, for better and for worse: 8GBs of RAM, 4,100 mAh battery, a matte glass back, the usual wide-angle and telephoto secondary cameras, no headphone jack and no expandable memory.

The hole-punch design that got a lot of attention last year returns, and this year the V30 Pro houses two selfie cameras: a 32-megapixel main lens and an 8-megapixel wide-angle. The wide-angle selfie lens comes in handy for group photos, but only use it during the day; as it suffers from low-light performance issues due to the inherent physical constraints of a tiny front-facing camera module.

Due to the U.S. government’s export ban, the Honor V30 Pro, just like the Huawei Mate 30 Pro, ships with an open-source version of Android 10 without core Google apps—known as the Google Mobile Services (GMS)—inside.

While there will be hacks to get Google apps on the phone, I tested the phone as it ships and found the lack of GMS a major hassle, but not crippling to the point of making the phone unusable.

For one, Honor’s own email client supports gmail, and things like YouTube can be accessed via the web browser. Other ubiquitous apps such as Instagram, Facebook and Twitter all work fine too, as they’re not part of the GMS. But not having Google Maps became problematic, as running the service through a web browser loses crucial navigation features, and the map alternatives on Huawei’s app stores all pale in comparison to Google’s.

Ever since the export ban, Huawei’s been trying to nurture its own app ecosystem and build out its own mobile services. While I believe Huawei has the resources and national support to eventually build a decent alternative to Google’s Play Store, the company is still years away. Today, Huawei’s app store is a mess: there are pop-up ads galore, and most app descriptions are written in simplified Chinese.

Leaving aside the significant Google issues, the software experience on the V30 Pro is satisfactory. Honor’s Magic UI is mostly clean and the gesture navigation is responsive with fluid animations. There is, however, a lot of bloatware (unwanted third party Chinese apps) on my Chinese version of the phone. They can all be uninstalled but their presence is still frustrating.

Overall performance is excellent as expected. The Kirin 990 is highly capable, and I can export a five minute 4K video (captured from the phone’s own cameras) via the app PowerDirector in under eight minutes.

In terms of camera performance, expect industry best low-light performance via that RYYB sensor, though images can occasionally appear overly processed and cool. The triple-camera main system also includes a 12-megapixel wide-angle sensor and an 8-megapixel telephoto lens. Of these, the wide-angle is much more interesting, because it was custom built by Huawei in-house, and it’s a 16:9 sensor that gives wide-angle images a more cinematic look, which, ironically, is actually a narrower field-of-vision than just about all other wide-lens on phones right now.

I covered the cameras briefly in a comparison piece against the iPhone 11 Pro, and for the most part, the V30 Pro’s cameras keeps up with Apple’s best—in still photography. When it comes to video, the V30 Pro still falls short of the iPhone in terms of fluidity and stabilization.

A night shot in Beijing by the V30 Pro and the iPhone 11 Pro.

But the 16:9 sensor reduces barrel distortion and also keeps significantly more details in the middle. In general, wide-angle images captured by the V30 Pro are sharper and closer to standard shots from the main camera than other phones. See the samples below: the iPhone 11 Pro’s wide-angle image is noticeably wider and more dynamic, but once you zoom in, the V30 Pro’s image is significantly sharper.

A wide-angle image captured by the Honor V30 Pro.

A wide-angle image captured by the iPhone 11 Pro.

Like previous Huawei and Honor phones, the V30 Pro’s zoom prowess is impressive for its price range. The telephoto lens, working in tandem with the main camera, can produce lossless 3X zoom, near lossless 10X zoom, and usable 30X zoom.

Zooming in 30X into a gecko.

The main camera of the V30 Pro is every bit as good as the camera on the Huawei Mate 30 Pro.

Same pros and cons as the Mate 30 Pro

Last year I wrote that the Honor V20 Pro was so good, it undercut Huawei’s own Mate 20 Pro. The same can be said for the V30 Pro. It offers roughly 90% of the Mate 30 Pro’s best bits, but at half the price. Starting at around 4,000 yuan in China, you’re getting the Kirin 990 5G, a large screen with minimal bezels, all day battery life, and one of the best low-light cameras around. If you were excited by the Huawei Mate 30 Pro, this phone offers most of that, except the gorgeous curved OLED screen and the 40-megapixel ultrawide camera.

But of course, the V30 Pro also mimics the biggest frustration of the Mate 30 Pro —the Google problem. It’ll be up to you to decide if that’s a dealbreaker or a non-issue.